I often talk about the importance of elegance in design. However, the most straightforward individual designs can sometimes massively complicate the overall game. Nowhere has this been more apparent to me than in studying Yu-Gi-Oh’s cardpool. Many of their cards are forced into microtext sizes with an absurd number of added effects and qualifiers. It often looks like amateur design, with 3 ideas crammed onto every new card. It’s not.

The original Yu-Gi-Oh sets were full of elegant designs. Pot of Greed was a spell that simply said “Draw 2 cards”. It’s hard to get more elegant than 3 words. However, this causes a problem down the road – particularly when you don’t have a highly granular costing system.

Let’s say I want to make a new draw spell that is as good as Pot of Greed. Pot of Greed is as straightforward as you can possibly get. It has no conditions to fulfill, no drawbacks. You play the card and draw 2 more.

Making alternate versions of the Pot often involve adding two layers of complexity. You have to add more power or utility, but balance it by adding a restriction or requirement. You’ll often end up with something like this: 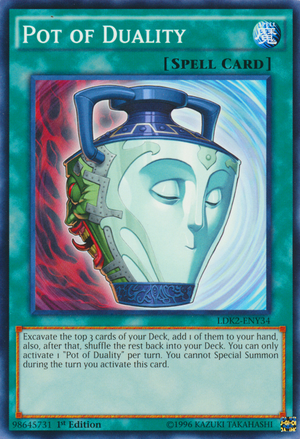 See what I mean? You have to add a more complicated effect, then counter-balance that with additional restrictions. This adds two layers of complexity. And yes Yu-Gi-Oh pros, I know that this card is *not* actually as good as Pot of Greed. The design principles are still the same.

But what happens when you never make the elegant Pot of Greed in the first place? What if there never is a simple “draw 2 cards” effect in your game? Suddenly you can make a lot of slightly-conditional draw 2 cards effects without making them strictly worse than the unconditional draw 2 cards effect. Each card needs only 1 added layer of complexity rather than 2, without appearing to be strictly worse than some other card. This creates a far more elegant game overall.

Star Wars: Destiny is a recent example of this philosophy in action. The designers intentionally avoided creating straightforward versions of many effects. It’s a card game where you roll a lot of dice, and a powerful effect is removing one of your opponent’s dice before they can use it. However, they consciously refused to print a card that simply said “remove a die”. Instead they made lots of different variations which allow you to remove only certain types of dice, or require you to meet certain requirements before removing a die. 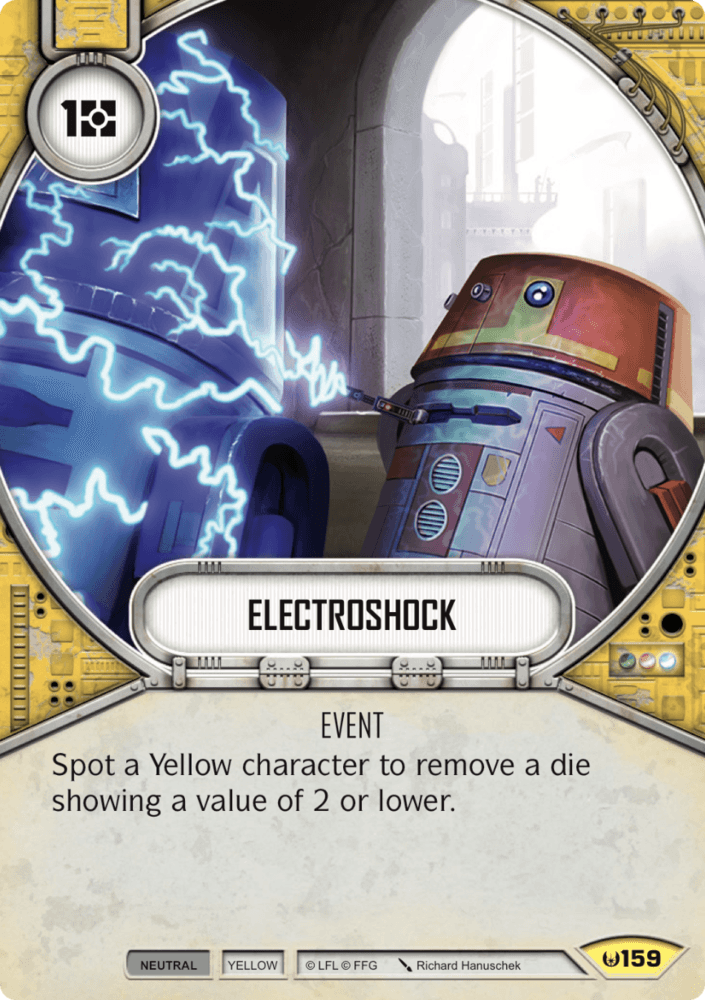 As a result, each of Star Wars: Destiny’s dice removal designs must be compared to the other conditions rather than comparing everything to a single baseline. While each of these cards is individually less elegant than an unconditional version of the “remove a die” effect, the overall cardbase is much more elegant as a result.

3 thoughts on “Beware the Elegant Design”